IP Telephony – Don’t forget how important it is to talk 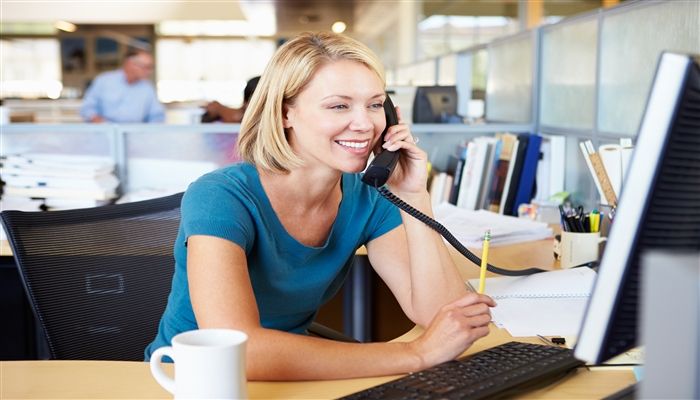 Nowadays most communication is done by the medium of the typed word, whether that is via texting, emailing or social networking.  We simply aren’t talking to each other as much as we used to in a traditional way.

Businesses are also following this trend.  Customer service departments tend to be managed through web based portals and most of our inter-office communication is done via text message, online chat or emails.

In spite of this, your phone system is still as essential as it ever were.  Undoubtedly, verbal communication is still the best method of interaction; it helps build rapport, develop relationships and offers a clearer understanding of what the other person is saying based upon their tone of voice.

21st century phone systems have come a long way from the old fashioned switchboards.  IP telephony (Internet Protocol telephony) is now a popular alternative to a traditional PBX system and moving your internal telephones into the”Cloud” is said to be the future of technology.

IP telephony uses Internet technology to deliver your conversation.  Put simply, you can talk to your customers or co-workers using a traditional handset, but your conversation is sent over the Internet in the same was as an email, rather than over your existing telephone network.

PBX technology is not so much being replaced as it is evolving with voice and data networks merging together into a single network. Computers are doubling as telephones making business management, easier and more efficient.

Internet protocol (IP), is being combined with telecommunications technology to form a dynamic new hybrid: IP telephony aka Voice over IP (VoIP) which offers a wide choice of useful features including call forwarding, call waiting, voicemail and caller ID.  They can also offer three-way or multiple connections and will allow you to send data such as pictures and documents while you are talking.

Internet speeds are now reaching a point where movies can be downloaded in minutes, so transmitting voice at high quality is no longer a problem and  just like with broadband you pay a flat cost for IPT and all of your calls within the network are free of charge.

When it comes to calls you make outside of the network, the IP phones are clever – they can communicate with phones on a traditional network easily. When you are on a call you would never know you were using different technologies.

Verbal communication will never be replaced by written communication, no matter how innovative technologies become. When you talk on the phone you use your voice to express your point and react to the other person’s changes in tone.  Conversations on the phone can be completed much quicker, you can resolve a problem or answer a question in the time it would take to open and compose an email. So although we now write (type) more than we ever did, do your business a favor and pick up the phone.

We hope you found the above information helpful, if you want to learn more about IP telephony or to discuss how a  VoIP business telephone system could benefit your business and improve customer communication, contact us today on 0800 505 3350.