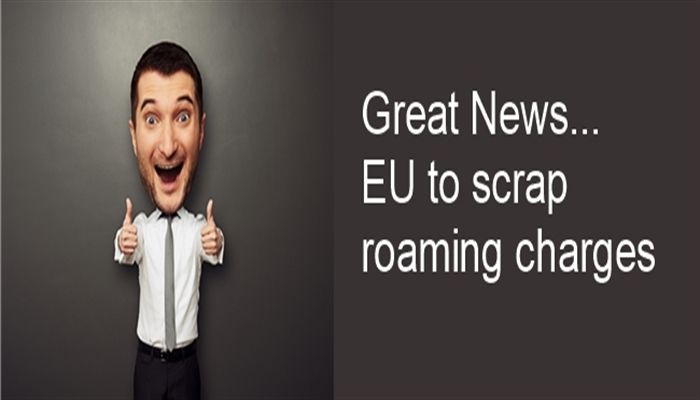 The European Union has recently announced the news that UK businesses have been waiting to hear. A deal has been agreed to get rid of those ludicrously high roaming charges on the continent.

The deal will end the frustrations of UK business people who have to travel abroad for business who have faced exorbitant charges for making calls outside of the UK.

Business men and women will be able to avoid huge fees for downloading abroad, and it will also force internet providers to conform to net neutrality.

From June 2017, phone calls and data will have to cost the same wherever people are, the EU has said. From April 2016, certain maximum charges will go in place as a transitional measure.

There will however be some fair use rules set in place to ensure that people don’t abuse the system for instance people buying a cheap sim in other countries and there will be a limit of the amount of data and calls that people can make from another country.

This will really means a boost for UK businesses and it will be welcomed especially by UK businesses who have to travel for business abroad.

The new regulations will come into force on 15th June 2017. A statement from the European Commission said that “you can use your mobile device when travelling in the EU paying the same prices as at home.

“If you pay for a monthly volume of minutes, SMS and data in your country, any voice call, SMS and data session you make while travelling abroad in the EU will be deducted from that as if you were at home, with no extra charges.”

The deal still needs to be rubber stamped by the EU Parliament and the 28 countries. At the moment, the proposals have been described as “provisional” as a series of technical conditions need to be fulfilled in order to abolish roaming charges, but the EC went on to say they are “fully committed to implementing those conditions and making sure that the end of roaming charges is operational as of day one”.

Although there is still much that has to be clarified, there is a lot of assurance that the change will take place as planned and it is definitely a positive step in the right direction for UK businesses.

And as well as roaming charges being dropped, the EU wants to do an overhaul of the rules regarding telecoms which could be even greater news for UK businesses. This is scheduled to happen next year.

If you would like any additional information on this subject or would like to speak to us about how this could be a boost for your business then please don’t hesitate to give us a call us on 0800 50 533 50 or contact us online here.

RT @BeepDoctors: This week marks the start of our summer road show, thanks to our sponsors we look forward to seeing you around #Cumbria.…

It was a pleasure working with Altius Group in the set up of their new phone system📞 Read the blog on our website… https://t.co/purGn9VJZi

A #communications company with excellent communication? YES.✅ With a #5-star average on #googlereviews, we must be… https://t.co/H1IPr2sOw4