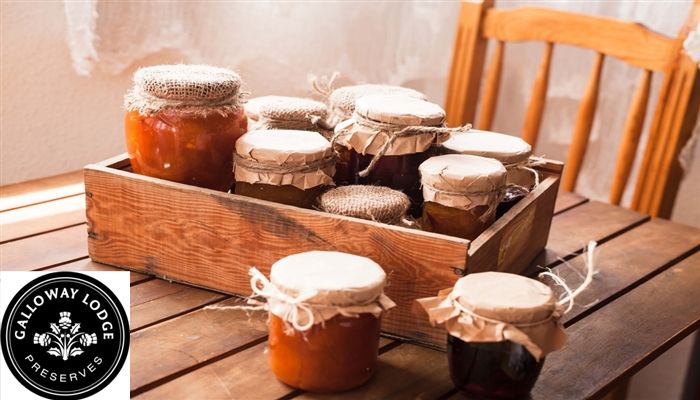 Established in 1971 Galloway Lodge was first started up by Nigel Hesketh creating quality preserves and selling to locals in his small town in the heart of Dumfries & Galloway. Now over 40 years later this ‘true family business’ has grown into one of the most popular and successful producers of high quality marmalade, jams, chutney, jelly and mustard in Scotland.

Now with 3 coffee shops in operation, a post office and a gift shop, Galloway Lodge really has expanded over the years. Yet even though there is more work to be done now, somehow Galloway Lodge has always managed to maintain the great high quality service that their reputation is built on.  And it was the Hesketh family’s’ dedication to customer service that first led them to review their current telephone situation.

The family began having problems with the old telephone system they had in place for the business, it had become unreliable and they soon discovered it was no longer functioning properly which was causing frustrations and issues with communications on site. They needed a new telephone system and it was Tech Advance they chose to get things running ‘sweetly’ again.

After some discussions with Galloway Lodge, Tech Advance set to work to find the right telephone solution for the business.

In addition to getting a new fully working system on-site Galloway Lodge also wanted to improve the way in which incoming calls for different parts of the business were handled.  They had become aware that answer times on some calls to the business were too long and with their thoughts always striving for better customer care, they wanted it sorted and pronto!

The problem that the family were having was that when callers would ring up, all of the phones would ring, meaning often times the post office answered calls for the shop and vice versa.

Providing an automated answering for the site was a significant benefit to the business as the professionally recorded message gives the caller a choice of numbers to press which they then select from in order to connect to the Office, Coffee Shop, Gift Shop or Post Office.  All of this means that the caller is no longer passed around between departments and is put through to the relevant department immediately.

Fiona Hesketh the owner and manager of Galloway Lodge commented on the project:

‘We had been trying to find a solution that would work for us for some time.  After speaking with Tech Advance we felt they had given us the best straight talking advice we had received from all the other telecoms companies we spoke with.  Tech Advance organised and managed the upgrade really well with very little disruption to our day to day business.  We have been using the new system now for a couple of months and we are very pleased with it.  All the phones work well and our incoming calls are handled much more effectively which is exactly what we wanted.  Tech Advance are great to work with and I would highly recommend them to anyone looking for a new telephone system.