Home > Blog > Where there’s a whisk there’s a way with Tech Advance on the job! 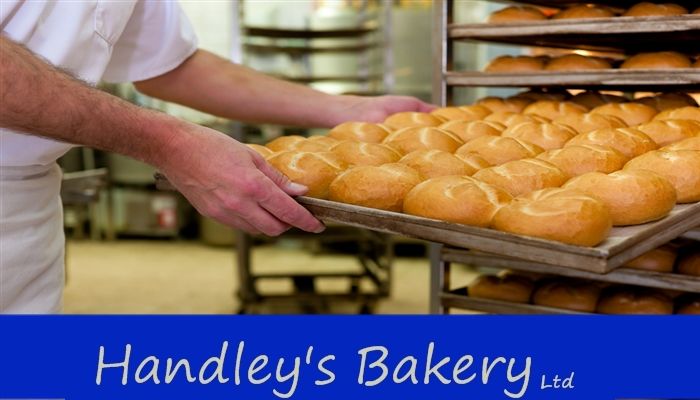 Handley’s Bakery is situated in the busy market town of Chorley in Lancashire. Formally the famous Reuben Marsden Ltd of Chorley that began in 1897, it’s now owned by the Handley family and is a high class bakery that uses local ingredients for its homemade bread, fresh pastries and delicious cakes that the shop are renowned for.  After an electrical storm blew out the phone system at the Chorley bakery, it was Tech Advance they “kneaded”, to turn disaster into delight.

The businesses BT Versatility phone system had stopped working altogether following the electrical storm which meant they were unable to make or receive calls on their main telephone number.  They also had no existing support supplier in place to be able to respond under service level agreement to get them up and running again.

This was a disaster for Handley’s as without a working phone their suppliers couldn’t get in touch with them to sort out deliveries to the shop and even worse it meant they were unable to take any orders over the phone from their customers, which was a large part of their everyday business.

With things going from bad to worse for the bakery, they needed to find a way to get back up and running again as quickly as possible and at the lowest possible cost.

Handley’s Bakery were referred to Tech Advance by one of the telecoms companies long standing clients, SAL Abrasives another Chorley based business who knew that Tech Advance would be able to help them and fast to resolve their telecoms issues.

Following an initial phone call, Tech Advance attended site the very next day and established that the phone system was in fact beyond economical repair and had suffered an electrical surge which had basically killed it.

Having discovered the main processor unit was damaged and needed replacing, Tech Advance agreed to source and supply quickly a refurbished telephone system processor exactly the same as the one that had gone down.  The benefits of which were that from a cost perspective it was a fraction of the cost of a new system and that no training would be needed in how it worked as it was a simple replacement.

It was also agreed that whilst Tech Advance were upgrading the main processor they would replace 4 of the older ‘somewhat tired’ telephones on the system giving it a bit of a facelift.

Tech Advance ensured the replacement equipment was delivered to the site the following morning and an engineer was onsite that afternoon to get them back up and running within a day of visiting site and qualifying the problem.

Through the investigation Tech Advance established that they could indeed save the business the total cost of replacing their system in less than 15 months’ time by reducing the costs for telephone line rentals and calls significantly through Tech Advances most competitive rates.

Phil Handley is a director of Handley’s Bakery and he had this to say about what went on:  “We were in a real problem situation and needed to get back up and running as normal as quickly as possible to ensure we could continue to run smoothly with handling orders etc. Tech Advance came highly recommended to us from another local company in Chorley and we found them to be very receptive, straight talking and professional. We were up and running again very quickly and at a reasonable cost and to top it all off Tech Advance were able to save us all of the cost back against our running coats in just over a 12 month period. We are extremely happy with the work they did and would recommend them to any business in need of help with their telecoms.”